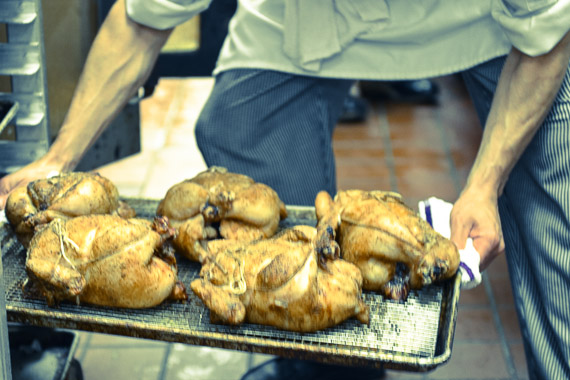 Half of an all natural, free-range chicken, slow-roasted with polenta and a savory pan sauce. Accompanied with peppery arugula greens and a white balsamic vinaigrette.

A form of polenta has been around for centuries. Originally made from farro and barley, it is considered the first bread. A version of polenta kept the Roman army fed. The soldiers toasted the grain over a fire, crushed it, and stored it in their haversacks. When they stopped to camp at the end of the day, the soldiers would grind the grain to a porridge-like consistency, and boil it to form porridge. The soldiers consumed it in this form, or allow it to harden into a semi-leavened cake. We think Tony’s of Indy’s version is much tastier!